Byrne Frodsham – expert solicitors to help with your motoring incidents 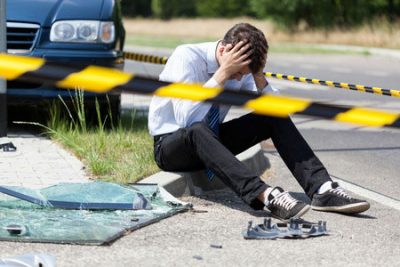 A person convicted of an offence of careless driving will be liable for an endorsement of 3 – 9 penalty points or a period of disqualification and a fine.

A person convicted of an offence of failing to stop after an accident or failing to report an accident will be liable for an endorsement of 5 – 10 penalty points or a period of disqualification and a fine. In the most serious of cases, a person may be liable to a community penalty or a custodial sentence.

Why you need specialist advice

Allegations of this type frequently arise out of accidents or alleged accidents. As a result the process of defending such an allegation can prove particularly traumatic and daunting for all parties concerned. It is rarely straightforward and an ill-judged, unconsidered response soon after a traumatic and unexpected incident can have far-reaching consequences. It is therefore imperative that specialist advice is sought as soon as possible to ensure that any investigation and court proceedings are conducted fairly.

In addition to identifying and employing technical defences where appropriate, we also have considerable experience in assessing the strength and accuracy of prosecution evidence in respect of such allegations.

If you have been charged with or summonsed for an offence of careless driving or failing to stop/failing to report and would like a free, no-obligation discussion regarding your options, please feel free to contact us by telephone on 0151-424-5601 or email:  mail@byrnefrodsham.co.uk

The services provided would start with an initial interview to discuss the case and its merits.  If we are instructed a detailed statement is taken from the client and witnesses, consideration as to whether an expert opinion is to be sought, research  of the law as to any possible legal defence, arranging to interview or trace witnesses as necessary and thereafter attending Court.

Preparing the case for hearing whether it be a trial or guilty plea and thereafter attending Court on behalf of the client.  All preparation work will be done by Mr Cashman.

If a guilty plea is intended the cost of representation at the hearing.

If  a fixed fee   has been agreed and the case is adjourned for whatever reason  no further charge.

If it is a not guilty plea and the case is adjourned for whatever reason no further charge.

It is very difficult to estimate how long a case takes, in the Magistrates Court an information must be laid within 6 months of the offence.

A client normally has a hearing date when they first come to see us and the matter will be disposed of on that date if it is a guilty plea.

If it is a not guilty plea then it can be anything from 2 to 6 months or longer depending on the Court list in the particular area.

The costs of a case are largely determined by where the case is and its complexity.

We offer a range of fixed fees which are set out below. Alternatively we charge £220.00  (plus VAT at 20%) per hour in respect of the work carried out to include : attendances, preparation, travel, waiting and Court hearing time.  Letters, texts, emails and telephone calls received or sent are  charged at £22.00 (plus VAT at 20%)  per unit.

Our fixed fees are as follows:

Not Guilty lea and Trial

Preparation for trial and representation during trial hearing including sentence (if any): A fixed fee of  £1,500.00 incl of VAT for minor road traffic offences.

For more serious offences such as drink/drug driving, dangerous driving: A fixed fee of £2,400 inclusive of VAT.  If the Court is more than 20 miles from the office we apply travelling costs of  £220.00 (plus VAT at 20%). per hour

In some cases it may be necessary to instruct an expert, for example, a forensic scientist, a doctor, a private investigator  or other expert to assist your case and the fees of the expert will be in addition to our fixed fee.   You would be informed of the cost of obtaining such a report in respect of your case.  The above are examples of the sort of experts we might need.  In all cases you will be informed before additional costs are incurred.

Bespoke letter drafted to suite the circumstances of your individual case: A fixed fee of £200.00 (incl of VAT)

Please email the details of your  case to: mail@byrnefrodsham.co.uk

Timescales can vary from case to case depending on the complexity of the matter, availability of witnesses and Court time.  Because of this it is impossible to give an accurate timescale but would range from between 1 month and 12 month

A Sample of  Successes

Tell me more about…